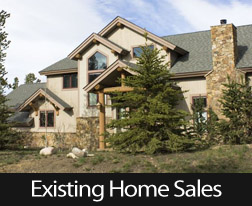 This was the highest number of existing home sales since February of 2007.

Sales concentrated in areas with higher home prices contributed to this significant increase in the national median home price.

The reading for existing home sales in August suggests that homebuyers are not shying away from higher home loan rates; it may also indicate that the recent shortage of existing homes for sale is beginning to ease.

August’s higher number of existing home sales was attributed to home buyers anxious to lock in lower loan rates in an environment of rising mortgage rates. Also, economists had expected the Federal Reserve to begin reducing its monthly securities purchases, which did not happen.

The average rate for a 30-year fixed rate mortgage has increased by more than one percentage point since May. Home buyers may respond to rising mortgage rates by delaying their home purchase to see if mortgage rates will fall, or they may rush to buy a home before rates go higher.

3. Mortgage credit requirements are strict; this keeps some would-be buyers from qualifying for a home loan.

These factors are offset by high demand for homes and short supplies of available homes and developed lots in some areas.